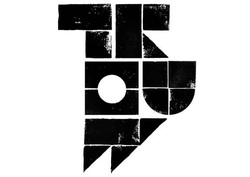 So tonight I am at Trouw in Amsterdam! Over the last year this club has gained some notoriety with the party elite with its programming of some heavy weight DJ line ups. Tonight also looks to be no exception with the return of the DJ’s DJ, and man in demand DJ Harvey, with support from Amsterdam’s own Young Marco.

I arrive at the club around 12.30am and the party is in full swing with Harvey at the helm. The track I’m greeted by is a classic from ’91, PKS “temperature rising, music for the masses”. And indeed Harvey’s set from this point on is very much programmed for the masses as it's harder than I’ve heard him play for sometime, perhaps drawing more from his time as resident at The Ministry Of Sound than anything else. In general Amsterdamers prefer things a little heavier, they like a more trance and tech approach to their party night out, or perhaps it's that the sound system in this old printing factory (which was made to contain noise), sounds oh so sweet, so who wouldn’t want to bang it there? Either way I was in for a treat.

The crowd contained pockets of disco lovers, plus the inevitable hipster fraternity that Amsterdam had to offer and all were in attendance. Those fashionistas definitely had the moves and were doing what looked like the Harlem Shuffle or Voguing all night long, they wouldn’t have looked out of place on the more discerning dance floors of New York, but being nearly 40 this isn’t of my time, but looked amazing none the less.

Harvey's choice of selection for the first 2 hours, didn’t disappoint keeping it deep heavy and occasionally disco, something the audience seemed to be appreciating. Having left the comfort of the bar I went behind the booth for a closer look. Suddenly Harvey slipped in an edit of Gino Sorccio’s, “Dancer”, the crowd kicked off, and from this point forward the place was rocking, the dance floor is alight, the mix got dirty and it seemed every other record was a rare one. I couldn’t tell you what records they were, but after all, this is the craft of a DJ isn’t it? Let alone one of the best in the world at this moment in time.

The two tracks of the night for myself are Telonius & Peaches "Our Love" and Paul Rutherford’s “Get Real”, which on this amazing sound system was probably the best I have ever heard it work. I started to get those rushes and tingles from head to toe at that point, the rushes that those who know, know. Harvey well and truly rocked it and his set was epic, he didn’t disappoint and the night lived up to every expectation it was billed to be. Although at points it didn't play out so smoothly when technical problems killed the sound on 3 occasions for at least 5 minutes a time, some of the crowd petered out for the exit at these points and perhaps this is something you wouldn’t expect from a club with the kudos Trouw carries. But everyone can have an off night I suppose, also being a Sunday could have played a part, but anyhow with Harvey being the true master he is, he quickly brought back the faithful and the remainder of the night continued bigger, louder and heavier than before! All in all I had yet another amazing night at this club and can't wait for the next heavy weight DJ they select to appear. Props to the dancers.