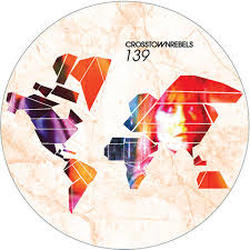 Recently released on March 16th Roisin Murphy delivers a fast and frantic diversion for this one off specially recorded 12” which she personally describes as “strictly for dancing to”.

It won’t be included in her forthcoming album and was co-written and produced by The Crooked Man aka DJ Parrot. The Sheffield stalwart formally of Sweet Exorcist and All Seeing I has been a bastion of the Sheffield sound since the late 80’s.

Talking about the collaboration Roisin was quoted "Parrot understands dancing music and he understands me. This is fast and furious; he says it’s roller-disco music. The backing track sounded so frantic so evocative, the lyric wasn't long coming to me. All I had to do was try to create a vocal as demented as the music!"

The “Disco Mix” is a frenetic workout with a bouncing disco break and has a real anthemic feel about it. Roisin’s instantly recognisable and unique voice adds to the Rodgersesque layered guitar riffs which give a nod to Chic’s “Le Freak”.

On the flip side the “House Mix” starts with delayed and fading opening vocals which make way for deep chords underpinned by a darker sounding repeating jealousy, as the second half builds Rhodes sounding keys increase the intensity reminding me of many a much loved Crazy P style shindig which in my opinion ain’t no bad thing.