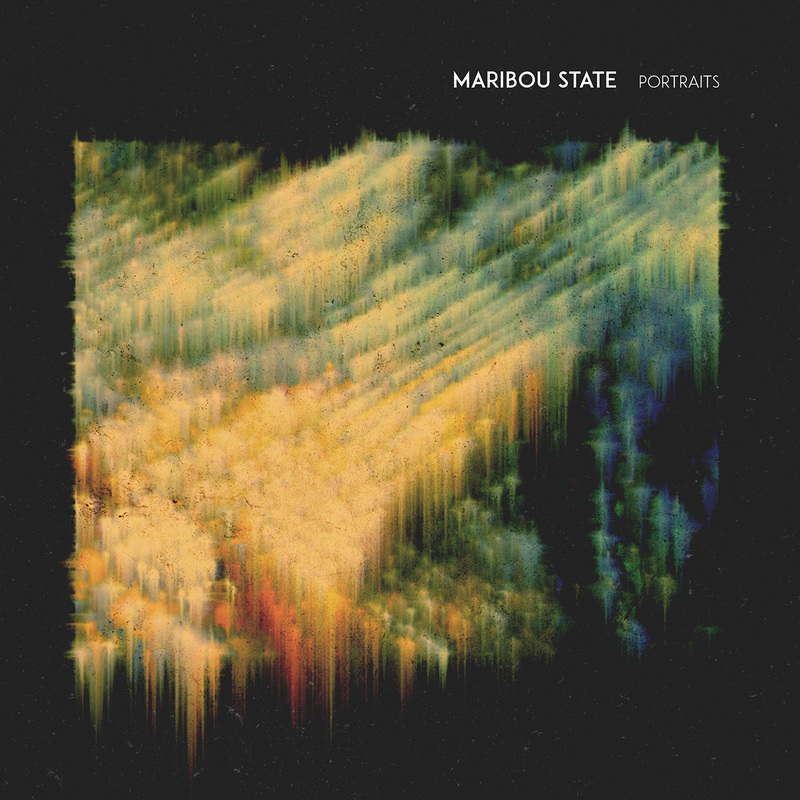 Released on the 1st June Chris Davids and Liam Ivory bring us their debut album “Portraits”. Now I’ve read that Chris and Liam used to customarily ignore one another at school, but discovered their shared passion for music when they both went to University, I’m pleased they did!

The boys have been delivering a string of quality releases (including the much loved Tongue and Truths Eps on Southern Fried Records) crafted at their rural bolt-hole “The Shack in the Back”.

It’s no wonder they have a huge following and have been praised by the likes of Gilles Peterson, B. Traits, Pete Tong and Huw Stephens and had glowing reviews at festivals across Europe which include Glastonbury, Warehouse Project and Bestival.

Soulful opener “Home” features resonant guitar licks and the trademark Maribou cracked soundbites that dance with the mellowest of harmonies before a tormented vocal and dark stabs tell the story of unrequited love and sacrifice in “The Clown featuring Pedestrian”.

“Rituals” increases the heart rate with a sweet crisp uplifting break and deconstructed dubbed vocal which lifts you throughout. Holly Walker has the voice on an angel on “Steal”. A classic yet soulful sound that delivers a wonderful sense of emotion in her lyrics, I could properly listen to this lady sing all day. Steal is probably my stand out track from the whole album.

Wallflower elevates us again with a dubbed out break which instantly grabs a groove before making way for an epic combination of wonky synth work and live drums leading onto the sombre soul fuelled vibes that flow through “Say No More” thanks to Jono McCleery’s stunning voice.

“Raincoats” reverts back to a cracked echoed affair which feels like a nod to Burial’s Etched Headplate (which isn’t a bad thing I might add) and another of my favourites on this album which sets us up nicely for Holly Walker to steal “Midas” with ‘that’ voice which has a luscious piano hook that when combined is so uplifting it’s ridiculous.

Warm and soothing beats greet us in “Natural Fools” while dropping a killer riff that will have you bouncing along before making way for “Varkala” which closes out the album perfectly.

This really is an astonishing album, the composition across all of the tracks is first class and the vocal talents of Holly Walker and Jono McCleery compliment the Maribou sound perfectly. The whole album had a familiar warmth to it (don’t ask me to explain it but sometimes an album just feels good) I had a similar experience and instant love for Zero 7’s Simple Things, listening to each track has the ability to suit a mood or feeling that resonates personally. You don’t know it yet but you really need this album.