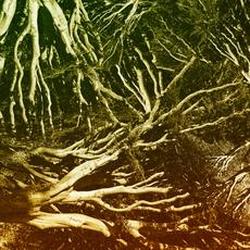 Gottwood Festival has been reported by RA as the festival that has ‘a near perfect mix of ingredients’ and Ran$om Note have quoted it as “The UKs best kept secret”. Using the same ethos that applies to their festival the same refreshingly unpretentious approach to the curation and exhibition of electronic music is in evidence here.

With their first release including work from Behr, Rob Amboule, OJSmooth and Gottwood founder Eldoko they now ready their second. Gottwax EP2 is a limited press 12" on "Hot Pink" coloured vinyl and was compiled in the late stages of 2014 and features tracks from Jascha Hagen, Luv Jam, Ruf Dug and Cottam

The EP starts with Jascha Hagen’s “Once I had Love” which cleverly uses Blondies Heart of Glass lyric over crisp and deep heavy synth stabs which work beautifully with sweeping building atmospheric keys, the track nicely pears down momentarily before building back up in the second half to a catchy neck wrenching blend as all the afor mentioned elements blend nicely together with more urgency and drive.
“Oiiiii” is the elusive Luv Jams (Andrew Cole) contribution to this EP and the self-proclaimed 58% rabbit doesn’t disappoint. The instantly contagious “Oiiiii” has a wonky yet hypnotising hook that builds into a sure fire dancefloor winner.

Ruff Kutz big cheese Ruf Dug treats us to what I thought was a clever Detroit feeling affair on “Chatsubo Special”, haunting keys and sharp analogue synths grow into an onslaught of the senses in this twisted adventure that leads you one way then slaps you in the face and pulls you in the other direction.

The last track “Facing it Head On” is courtesy of Preston’s Mr Paul Cottam (check out his “Random Format” show on KMAH radio) as he treats us to a rain and thunder soaked start that develops into a cacophony of tribal flavours and drums which sit perfectly with well-spaced and placed guitar chords. The vaguely hakaesque wails keep you on your toes and brings a harder, tougher Cottam feeling end to this EP.

This really is a quality release and I thoroughly enjoyed listening to it, to try and pick a favourite is unfair as each track brings something different to this release which should be applauded and encouraged. With all 4 of this EP’s contributors on the bill for this year’s outing in Anglesey in June, the second in Gottwax’s catalogue will no doubt soundtrack some special moments in amongst the trees this summer during what’s certain to be the teams most accomplished and exciting event to date.