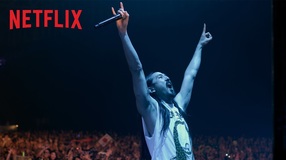 It could be so easy to easily describe this affair as being “Spinal Tap but with a twat throwing cakes” and don’t get me wrong I’m far from being a fan of Steve Aoki, however there was actually a few interesting nuggets within this double decker vanity show.


When it briefly touches upon his early days of his Dim Mak label around the time of 2003 which included the signing of acts such as Bloc Party, Gossip, The Kills, The Klaxons as well as hosting showcase parties with people like Justice, Thomas Bangalter & the Ed Banger crew, I couldn’t help thinking I would have liked to hear much more about this period of his life rather than him talking about the philosophy of throwing cakes at people faces.


But perhaps the bit that had me wishing for more (even a spin off documentary) is when you learn his father “Rocky Aoki” was a Japanese born American wrestler who was the founder of the Benihana Japanese food chain and in his spare time he tried to set water speed records and flew hot air balloons from his native country to the USA! Maybe it was just me but I’d have sooner learnt more about this Aoki rather than the one that makes trillions of pounds for playing pre-recorded sets of EDM.


Highlight? Definitely the part of Aoiki junior saying all he ever wanted to do was appeal to Aoki senior however they were just on total polar opposites as his dad was all about “extravagance”…2 mins later you see scenes of Steve Aoki branded jet planes, hotel suites, bottles of champagne oh & also a montage of heartfelt slow mo shots of Steve walking what will be his new home/palace/kingdom in the LA hills.


Final Verdict: a pretty fascinating look at the total complete bollocks of EDM. 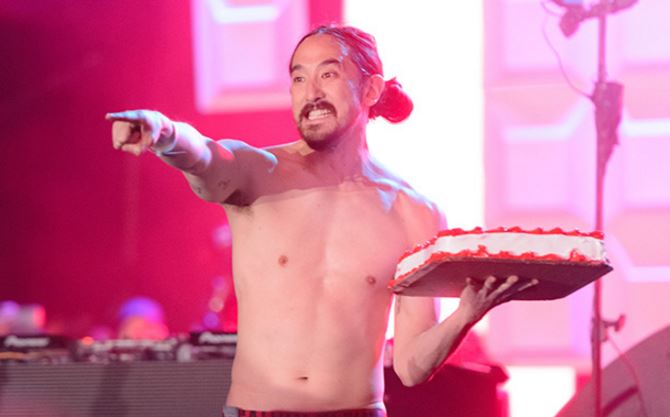