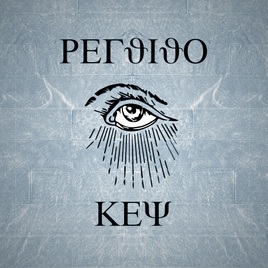 With a debut EP in April and their first outing on Nein delivering a quality remix of Tarantism by Discordance back in December, Messrs Parnell and Considine have bought back Perdido Key to deliver two of their own tracks on the 4th May.

“Modificación” is a dark and brooding belter which I could see going down a storm in a dark and dirty basement in Brooklyn where the guys play out. Moody swaying keys pre-empt a dark and mechanical break which provides so much space for the other elements it really is an assault on the senses.

“Texichi” starts with a steady kick but then descends into a heavy 303 stab laden workout incorporating acidic tweaks and tones which lull you into a false sense of security as the break falls away. Don’t let this fool you! The groove comes back even harder and slams you hard. I absolutely love “Texichi”, I have no idea what it means but if I was writing the Wikipedia definition it would say “proper heavy groover”. Proper heads down stuff.

The Spanish Trio of Gameboyz bring their own flavour to “Modificación”. Heavy chords compliment the steroid injected bass line, cosmic stabs and tweaks fill your ears as the track builds and blends into what I think sounds like a soundtrack to an epic intergalactic battle. Knocked it out the park again.

Brighton based duo Gareth Sutton and Johnny Giles or Discordance as you might know them add a twist to their take of Texichi, cleverly toning down and enhancing elements of the original the lads do a great job of pointing the track in a different direction dropping the tempo while cranking up a clean and crisp 303 which rides perfectly over the groove.

Sequencers round off the release with their remix of Modificación. Brothers Daniel and Gilberto Cornejo who hail from Guadalajara have produced a hypnotic stormer which layers subtle keys beneath a warm and embracing groove which gradually draws you in as the elements combine.

“Perdido” apparently means lost in Spanish, well I tell you what if these boys keep releasing tracks like this and including remixes of this quality they sure ain’t going to be lost for long. This is a superb release and again highlights the level of talent that Nein are bringing to their label.

Pure quality as per.