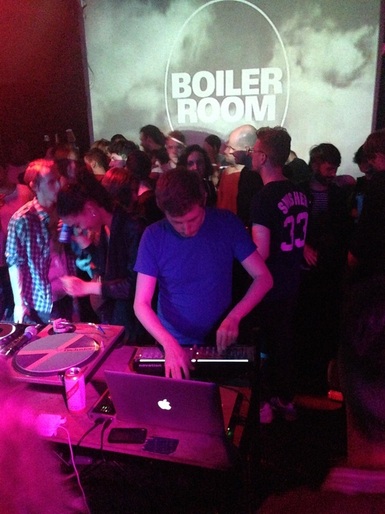 
Tonight the inimitable Jimpster brings some of the incredible talent that his label's  rosta has to offer to The Boiler Room.  Freerange Records has always been a place where the discerning ear can turn to safe in the knowledge that quality productions will be found in rampant abundance.

First up we have Mic Newman; the antipodean has enjoyed heaped success and critical acclaim in equal amounts from his peers over the past few years, releasing under his own name plus the Moniker Fantastic Man.  He opens and immediately sets the mood with a set of straight up four to the floor house, the Boiler Room faithful are not disappointed.

Next up we have Nebraska; for me this was the standout set of the night, again straight up house but with a definite disco feel and a very dance floor, party aimed vibe, he turns up the heat getting us all warmed up very nicely for the next offering;

Detroit Swindle, it seems whatever these two chaps touch of late it sounds electric. Hailing from Amsterdam they bring their happy Dutch vibes with them.  Their sound although house is very distinctive and when you listen to one of their sets they have a tried and tested formula and wow does it work! They really bring the heat working up the atmosphere in the small room to bursting point, it feels like that roof really is going to come off.


Lastly Mr Jamie Odell himself takes centre stage and I am left worrying about how he is going to follow what we all just witnessed?  Thankfully I'm really glad to say that my fears are totally and completely unfounded as the Jimpster launches into one of the most intense sets I've heard in recent memory, not only successfully following what the Swindle brought to the table but upping the ante! The last 45 minutes are in my opinion one the best sets I've personally witnessed at Boiler Room and with a man like Jamie at the helm the future can only be bright for Freerange Records  9/10

To see all the sets in full go to www.boilerroom.tv