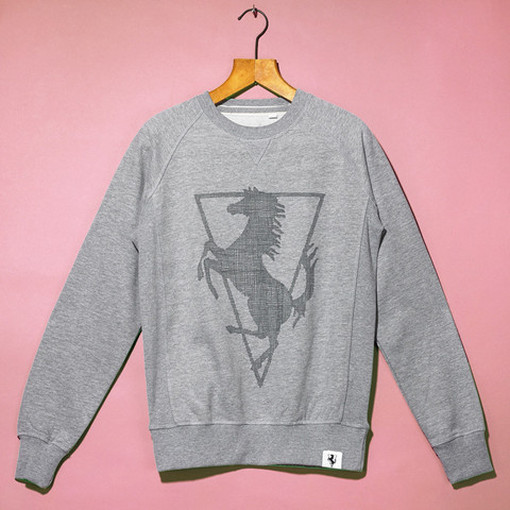 There has always been a connection between popular music and the t shirt
market, usually tacky and mainstream, however in the last few years
London based company Millionhands have carved out quite a name for
themselves with exquisitely designed items with a strong collaboration with
the current underground electronic music scene, even of late producing music
themselves and releasing it out on vinyl only limited 200 copy run with a
guaranteed no repress.  This type of exclusivity is clearly very clever
marketing, raising the profile of the brand whilst sticking to its very
dance music orientated roots.
Numb's Matt Bolton caught up with Tom Mangan, co-owner of Millionhands to find out more.

Millionhands itself is deep rooted in electronic music, has this always been
the case?
Yes. I've been involved with electronic music in some form or another for
the last 11 years.

What were your musical influences growing up?
Prince. Purple Rain was big for me. I loved that album. I remember recording
the film when it was on channel 4 and just watching it over & over again.
I guess my Dad’s record collection was pretty influential too, I used be in
charge of selecting tunes when my mum & dad would have friends over. There
was some good stuff in there and slightly more dubious choices as well.

When did your first love of electronic music start?
Prince was pretty electronic, but I guess the first electronic record I was
really into was Felix 'Don't You Want Me'. Ha ha. It was 1992 id just moved
to Germany with my mum and it was just everywhere.

You have produced some pretty cool collaborations ranging from more current
labels the likes of Aus and Tsuba to old staple classics, the inimitable
Transmat and R&S.  Did you have any industry contacts when you first
started?
I've made music and played records for a while, (my first solo record came
out in 2002). So during my time around the scene I made a few contacts,
though to be honest I'm a bit of a rubbish networker.

Was it hard to get the collaborations on board and form a workable
partnership?
Not really. We've focused on making the best gear we could from the start.
Folks we've approached have understood and appreciated that.

Who is in control of the creative process?
I'm in charge of the creative direction of the brand, but I have a great
team who get things moving and keep the wheels turning. Molly my wife &
partner, Lee Murray my chief design wizard, Rory my Brand Manager and Nelly
Nells my man in the field.

Who does your design work?
Lee does a lot of our work. He designed our MH Music logo, the R&S stuff and   loads of other bits. I do a bit from time to time too.
Up until now you have only produced clothes for the guys, I've seen recently
you bouncing some ideas around on the internet for the girls, is this an
area you'd actively like to expand into?
It's definitely something we've considered. We get quite a lot of girls
buying stuff. Some for themselves, some for their boyfriends.

I know you have put on some meet up events, most recently with the high
riding WOLF Recordings' boys spinning, have you ever thought about putting on
a Millionhands party?
Yes. I'm talking to a couple of places about that currently.

If you had the choice of any artists to play who  would that be and why?
Larry Levan. Just to see if he really was that good. Chris Duckenfield. I was lucky enough to play before Chris about 5/6 yrs ago at Panorama Bar in Berlin. I came off suitably happy with myself, chest all puffed out thinking to myself ' I just played PBar'. I hung around for the rest of the morning, once I heard Chris play I got a glimpse of what a proper DJ is. Wolf boys. I heard them at Secret Garden Party last year and was just really
impressed. They're good lads. Good company and really decent DJs.

What is the future for the brand?
Ha ha. There's a question.
We'll just keep on improving on what we're doing and keep the freshness
coming, that'll be a mixture of clothes and music.