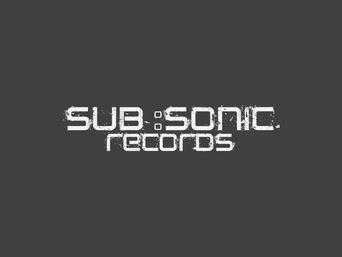 Podcasts have become the bread & butter for many for getting a taste of new artists, quality records and fantastic DJ’s. Generally free, often possible to download legally, they keep the commute full of fresh noises and an urgency to ID that track at 24mins and 32 secs that you desperately need to get hold of. They also propagate a sense of social media community which this digital and distanced new world thrives on.
Back in the days when it was all about a C60 (or a C120 if you wanted to get all the Essential Mix on it), a young man in Limerick decided that punk, metal & rock were behind him.
“That fateful day when I was given a copy of a Billy Nasty mix tape, which coincided with other delights of that era shall we say. I got a set of shite old turntables, started DJ'ing, started working in a local record shop, promoting shows and hey presto, 20 odd years later I'm here now”.

That epiphany in the mid Nineties, and a steadfast belief in perpetually refining beats & synths has led Rob Parkes to a great space this year. His “Substance Mix Series” on Soundcloud is now on it’s 42nd edition in just 8 months, and has over 35000 plays. What inspired him to create the series?

“The Substance Series came about purely from loving and listening to the likes of other boys doing it, Clandestino, Something Special, Serie Disko and the Balearic Social podcasts and I just wanted to do a little something myself and maybe represent this particular genre in Ireland also.”

The stature of the guests has been the main reason that Substance now sits easily in the company of those great mix series he adores. From the first one by Italian DJ Rocca, through Tronik Youth (London), Kezokichi (Tokyo), Club Bizarre (France), Laurent Pastor (Paris), to the latest mix from Dutch selector Reza Athar. These mixes have certainly earned some Air Miles.

“The calibre of the series is purely down to the DJ's & Producers that have been cool enough to take part really, some I knew but mostly, I just got in touch with them and I've got to say, everyone I've gotten on to have been very cool about it and have been right up for doing something, which has been amazing to be fair.”

He even asked me in the early days, but I think it was meant for my more musically adept namesake.

With Limerick always having a healthy house & techno scene and a flirtation for the drum & bass, Rob and his peers are working on stoking the hunger for more slowed down beats.

“As for us chug heads, there isn't the biggest calling for it here as of yet, but we're working on it. Between myself, Tom Frawley and Phil Wade ( Substance 011 ) we run a monthly all dayer here at The Blind Pig venue in the city and I've got a new monthly Sunday Substance night beginning in December. Throughout the Country we've got Julie-Ann Smith starting a new bi-Monthly night in Dublin for 2015 doing all things chug which is great, it's a small, small scene but we're sowing the seeds. Acts like Future Bones are having a great impact and really moving the Irish scene forward.”

In a savvy decision to capitalise on this movement, Rob is shortly launching his own label in Sub:Sonic Records. With a show of philanthropy that is not always so ready in the music business, he found the advice he needed.

“I had spoken briefly to Duncan Gray from Tici Taci (Substance 019) about the ins and outs of running a label before the summer and Dunc being the gent that he is sent me, what can only be described as a manifesto on running a label and I kinda thought, woah, so I put it on the back burner a bit.”

Some tracks in his inbox were to provide Rob with his inaugural release. Neil Athey (aka Neil Pwaa) had parked his guitar duties with swaggering Nineties indie-dance influenced band Bibelots, and took his modernist influences to his studio and create his electronic alter ego “A Best Man Dead”.

Neil’s first release “Sit Up” is due out on Sub:Sonic in a few weeks, and with a riff that would cut through the busiest club and demand your sweaty presence, and a bubbling 303 anchor keeping the chug, this is a great debut for the label.

Rob has high ambitions and shares the love for many of the great labels that have inspired him and hopes to emulate in the future.

“Correspondent, Tusk, Crimes of the Future, Rothmans, Magic Feet, Tici Taci, Clouded Vision, Days Of Being Wild, Nein Records (Neil and co have got some amazing releases lined up for 2015) and of course Cotton Bud.”

With a busy leisure schedule lined up for 2015, “Cowbell Manchester in February, Alfresco Blackpool in May, Cowbell all dayer in August, and with any luck a castle in the South of France beckons in September. Oh and a trip to VANISHINGPOINT! at some stage”, Rob will need to knuckle down after the comedowns and continue the solid work on building his brand and sharing his passion and determination and deliver further great Tube journey soundtracks for the greedy commuters.

Rob’s personal favourite mix from the series is below


The first release on Sub:Sonic Records by A Best Man Dead is “Sit Up” and will be released on 15th December 2014 and available through Juno Downloads, Beatport and other digital retailers.