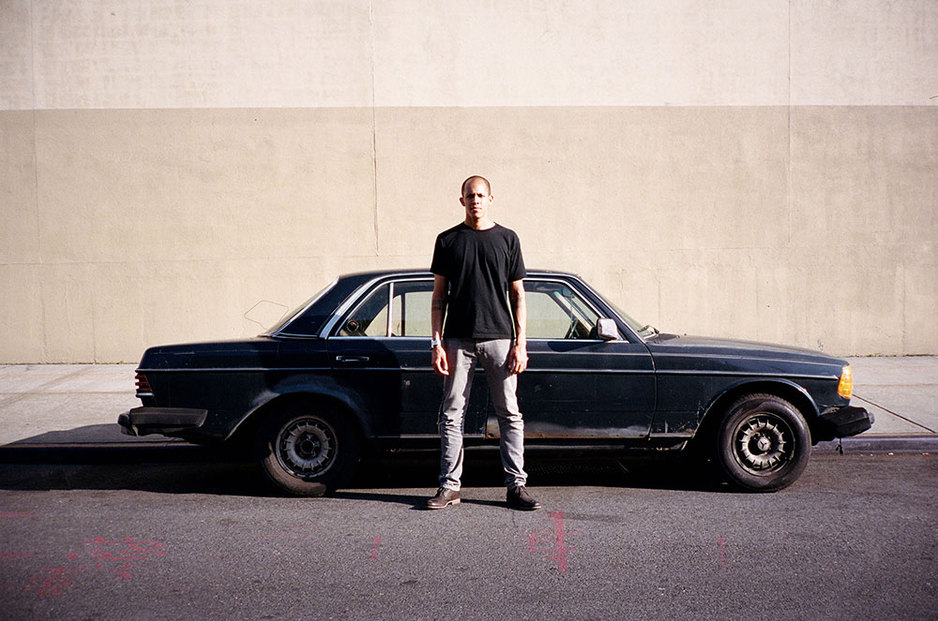 Two years ago I happened across a website that musically and aesthetically ticked all my boxes, a very simple concept; one quality track a day with an extremely slick yet very simple interface with an archive facility to hear previous days postings.

The more I searched through the archive section the more I realised that whoever was responsible for producing the site not only had clearly excellent taste in music, but also wanted the music to speak for itself.

Having got in contact I then discovered yet another musically intriguing project from the same stable;

An equally simple idea; each session comprises of ten people selected for their unique taste in music and their selection of ten tracks to make up their perfect mixtape.

Now two years on I now get the chance to share these websites with you and also get a chance to interview the creator and curator of this musical phenomenon.

Butter (Brian Thomas) * is a graphic designer by trade and this is quite plain in his crafting of the HTML for both sites, having lived in the states, Brazil and now living in Australia it took a while but I managed to tie him down for a short time to ask him some questions about both sites;

So lets start at the beginning; where did you grow up and what were your earliest musical influences?

I grew up in Northern California, in San Jose, a city an hour or so drive south of San Francisco. A place where having a car is essential and the radio was always on. My parents listened to lots of soul and r&b from the 70's and 80's. Motown. Maze & Frankie Beverly, Luther Vandross, Marvin Gaye, Bee Gees, Earth, Wind & Fire and so on. It remains at the root of my musical influence as I continue discovering. There is usually some connection between it and the things I am interested in today, even in the slightest way.

When did your love affair with House begin?

My friends in high school were DJs and and throwing parties playing house. Once I found out about this DJing business I became involved. I didn't know about house until then. I started buying records even before I convinced my parents to buy me turntables. This was in 1997.

When and why did you move to Brazil?

I first visited Brazil in 2006 and have been attached ever since. Over several visits I learned the language, played some records and made some invaluable friends. I was living in New York before relocating and wanted a change, something outside of America and something different. Brazil is a visually beautiful country rich in a vibrant and friendly culture with deep roots in music. Brazil was where I wanted to be for a while so I made it reality in early 2012.

When did you start The Mixtape Club* and dirtyblackdisco* projects and why?

The Mixtape Club began nearly 4 years ago. My friend Micah Panama headed an analog version in design school and I pitched the idea of creating a digital platform. I wanted a place for people to share and discover unfamiliar music of all types while maintaining a strong connection to the artwork. Something very simple and very honest.

dirtyblackdisco came after in 2011. It kind of just happened. I wanted an outlet for the music I played as a DJ. On one random night I developed an idea for a brand, created a logo, programmed a webstite and started uploading music.

Now you are based in Australia, what was the reason behind the move?

I am a nomad I suppose.

I understand that there have already been some rather legendary Dirty Black Disco parties in Brazil, is this something you will continue to do in Australia?

Who knows really. Those parties were some of the most memorable and rewarding experiences of my life. Brazil has given me so much over the years. The country is somewhat disconnected musically from what is happening in the northern hemisphere and I saw it as an opportunity to give something back. It was a struggle. Beyond the troubles of simply being a foreigner, the beaches and babes were not tempting enough for foreign artists. The country is geographically far and not appealing for artists since South America as a whole is generally into a different kind of dance music. I managed to bring HNNY, El_Txef_A and Brennan Green over the series of parties and ended it all with an epic boat party with two of my best mates playing with me.

Being a foreign brand in Brazil is due some credit. I brought something new to Rio de Janeiro and thankfully had some critical friends who helped along the way. Australia is also far from the core electronic music scene but isn't as behind. Artists are coming and competition is heavy. I don't really know anyone here so it will be challenging. But its worth a shot when the time is right.

You mention competition, I know in recent years there has been a marked increase in Australia in the popularity of electronic music with some quality projects appearing like Future Classic, do you think Australia is a good place to be right now creatively?

There is some quality production coming from this country. Tornado Wallace, Mike Callandar, Softwar, Untzz 12". And considering its distance a good amount of artists come here to play. It all seems fairly accessible and with a plethora of opportunity.

How many parties have there been so far?

One in New York. Five in Rio de Janeiro and one in São Paulo.

Would you ever consider bringing the party to London?

The idea has developed as a traveling party. I'd love to do parties in London and wherever else there is an audience ready to dance.

Who would be your dream booking to play a Dirty Black Disco night?

Or Moodymann, Floating Points and Gilles Peterson back to back. Guest appearance by Fatima.

Please check out at your earliest convienence;