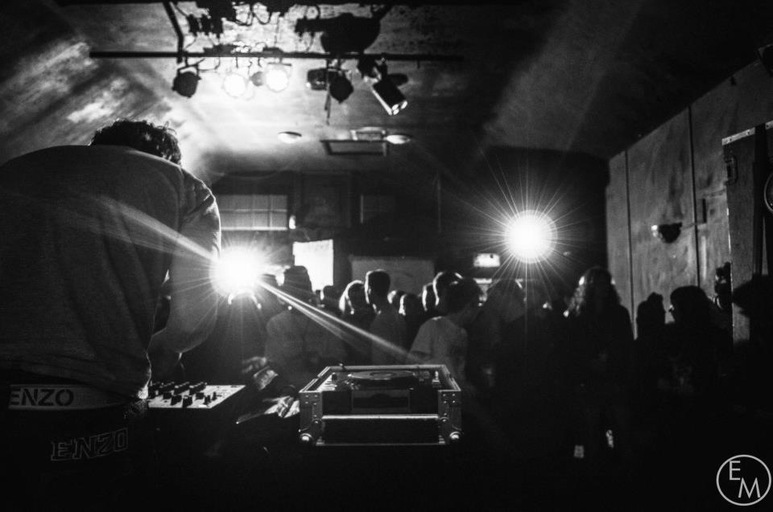 Brame
Hailing from Sligo Ireland this 18 year old producer is making big waves, showing production skills wise beyond his years, with releases on Morris Audio amongst others and rumours of a major agency signing in the pipeline, it seems Tiarnan McMorrow ascendancy is on the rise. Numb's Boutain was lucky enough to grab a few moments with him...


So how long have you been DJ'ing?


I’ve been DJing since I was about 15 years old! I didn't actually start DJing until I got into house, but I was producing before I was DJing.


Growing up in Sligo was good, when I was like 13 and I started making music, there wasn't really anyone to talk to about it, but as I got older and started DJing around town, I met other producers and there was a nice little group of us, all which are doing really well at the minute.. Aaron Lipsett, Fion, Hamo and Klansee, it’s crazy to think all of us from a little town in the north west of Ireland are doing so well, when the house music scene in Sligo is relatively small.

Do you think that because you are all from such a small community that has affected the intensity of your collective productions/skills/passion?

Yes, definitely. Because in a country this small with so many producers, you kind of get to know everyone else who’s making similar music to you, so its handy to talk to people and support their work. Bicep have been supporting me and Klansee’s latest EP which has been great!

What are your biggest musical influences?


My biggest influences would be like - Mic Newman, Milton Jackson, Detroit swindle, Huxley, Ethyl & Jordan peak. I also listen to quite a lot of blues and jazz. Fucking love Blues

You mention Blues and Jazz what were your biggest musical influences growing up?


Well, when I was really young it was mostly dance music, trance etc, But I love blues and jazz for their vocals, I like the moodyness of blues and I like to think my music incorporates the same kind of moodiness.

When did you first get into production?

I first got into production when I was about 13, I used to chop up accapella’s and loops and put them over hardcore tracks, ultra looping i think it was called. Dj Cammy Ect. then when I was 14 I started making progressive house and trance.


That’s such a young age to start! Who or what inspired you to first start making music?

My cousin; Klansee. He had been to Ibiza and he had been DJing a little bit and he was showing me the music he liked, and I fell in love with the scene!

I use Ableton, Yamaha hsm80's, and a Yamaha keyboard, nothing else really, my production style is kind of random, I just really start off making some dark atmosphere and pads and kind of work from there! It’s all about the atmosphere.

What advice would you give to someone looking at trying their hand at production for the first time?

Be patient, the first few months are the worst, but once you start making tracks you like, it’s so rewarding. Also, don’t try to copy anybody else’s tracks, work on your own sound!

What current projects/collaborations are you working on?

I’m currently doing my leaving cert, which is equivalent of the A-levels, so I’ve had to take a break from production for a while; I have lots of remixes coming out, Morris audio, Frole Records & Extended play… I’ve also got an EP coming out on one of my favourite labels, it’s amazing, can't get over it, but I can't say anything about that just yet! I’ve also got more collaborations on the way with Klansee & Hamo… there’s also a track coming out with a Massive remix from Huxley, it’s a bomb.

There seems to be a bit of a renaissance happening in Ireland right now with really big hitters like Mano Le Tough and Bicep riding high what do you think of the current music scene in Ireland and how do you think this has come about?

Yeah, we have some amazing producers coming out of Ireland at the minute, the music scene in Ireland, is ok, Dublin is really good, but that’s it really. In Sligo it’s quite quiet but we have a nice little vibe. I think why so many producers are doing well from over here is because there is so much motivation to get gigs outside of Ireland, and the only way you can do that is have good tracks because over here there are so many DJ’s, who think they are awesome just because they have the support slots of big DJ’s. some of us simply aren't happy enough with being the support slots haha!

Check out some of Brame's excellent production skills here;