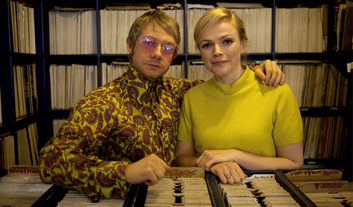 If you venture forth to the cinema just one time this year, it  should really be to watch 'Svengali', which is destined to be a future cult classic.
Others have described this homegrown, independent film as "a gem", and they'll get no argument from me. Jonny Owen (who also stars), has hit the jackpot first time and penned a truly heartwarming tale that is more than worthy of the cast, who are the very best and brightest of our ever growing pool of native talent, including, among many others, Vicky McClure and Mr Matt Berry, who I just cannot get enough of.
I'm not in the habit of giving away too much plot details, but I will say that if you're interested in music and the associated industry, with all it's plots, machinations and intrigues, you'll enjoy  this feelgood, multitalented British slice of cinema gold. If I had one, I'd stake my reputation on it.
Stephen Kent 9/10