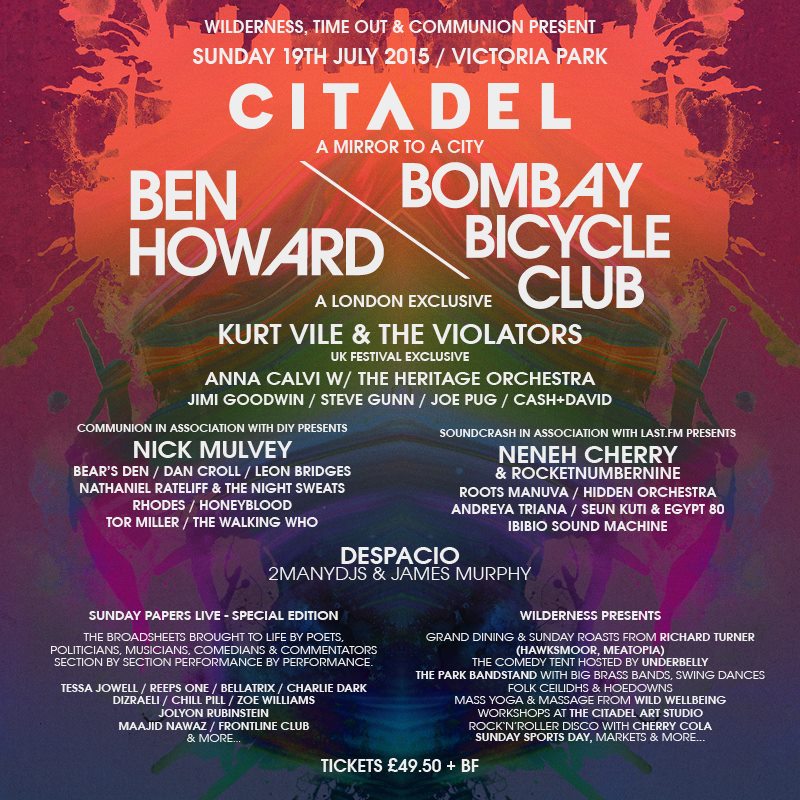 Hackney's Victoria Park plays host to Citadel this weekend for a one off festival.
Conceived and created by the award-winning Wilderness Festival and Superfly – co-creators of Bonnaroo and Outside Lands, two of America’s most prestigious festivals – Citadel is a new one-day spectacular celebrating the pleasures of a summer Sunday afternoon.

Headlined by Ben Howard and Bombay Bicycle Club, and with stages curated by Communion and Soundcrash, Citadel also boasts a wealth of dining, dancing, arts and culture experiences – including Feasts from Hawksmoor’s Richard Turner, talks and debates from the Sunday Papers Live, fashion boutiques, mass yoga and therapies, and even a Sports Day.

Set in the leafy confines of Victoria Park, Citadel will see the city come together to take a collective breath.

Elsewhere on site will be our Park Bandstand, Sunday Papers Live, the Rock N Roller Disco hosted by Cherry Cola Club Night, and comedy brought to you by TheUnderbelly...plus plenty more entertainment, fun and games perfect for a summer Sunday afternoon. 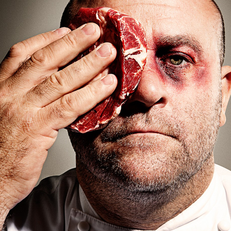 Richard Turner has worked in the food industry for over twenty years, and has become well known for his love of meat and farming. He has built up a prestigious career that has culminated in his present directorships at Turner & George, The Albion, Meatopia UK, Pitt Cue Co. and Hawksmoor.

Having started his career in 1992 under Albert and Michel Roux Junior training as a Commis Chef at Le Gavroche, he went on to work in a number of Michelin star restaurants until he opened Quo Vadis as Head Chef under Marco Pierre White in 1996.